Flello gets a bee in his bonnet

Labour M.P. for Stoke-on-Trent and Shadow Justice Minister Rob Flello today tries to use his token support for a Friends of the Earth save-the-bees campaign, to decontaminate himself in the local media. This cynical move comes shortly after his vote in the Commons against gay marriage. He also spoke in the debates, when he said he had no evidence that anyone in his constituency supported gay marriage. Thereby tacitly confirming the nation's misguided belief that Stokies are all a bunch of bigots. Given Labour's consistent authoritarian streak, it doesn't bode well for a life under a future Labour government that its potential Justice Minister has hardline attitudes like this. 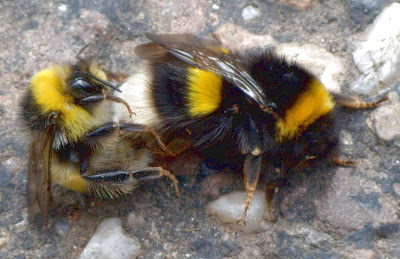