A long three-hour stint on the allotment today, in the light of the glorious Sunday weather. Possibly too long and exhausting, to also take advantage of the nice weather forecast for tomorrow — but I'll see.

I took a woodsaw and secateurs and tackled one of the big jobs. I cleared all the fading honeysuckle off the roof of the shed, tidied up the currant at the front, and sawed back some of the dead tree that the honeysuckle had been climbing. Although I kept enough of the tree so that honeysuckle can reach the shed roof again next spring. So I now have a nice clear shed roof, reading for some felt and nails at some point before the autumn storms... 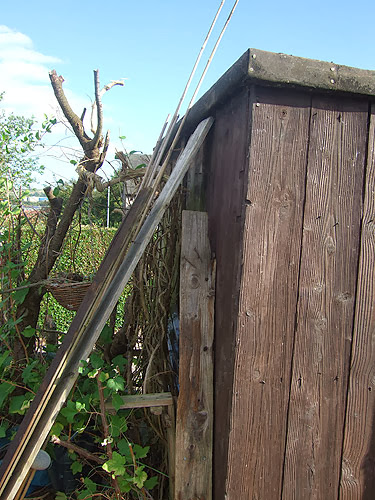 It's also left me with big amounts of woody material, which has made for a nice-looking bonfire... 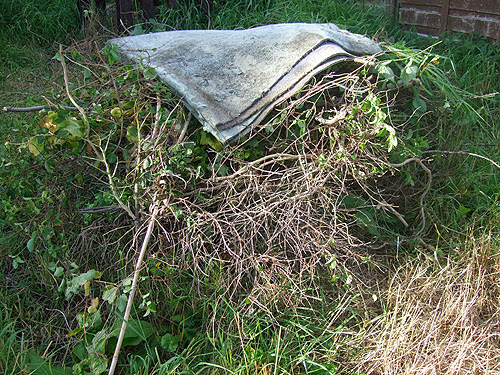 I also hauled out a thick heavy 5ft dead branch, which I've stashed under the back hedge as a "beetle bank", rather than burn it. I already have a little beetle bank, in the form of a little pile of the more rotten of the stepping-planks.

I cleared off the broad beans as well, and dug out some more potatoes. I hauled up one that was fused together: if H.P. Lovecraft had grown potatoes, this is what they might have looked like... :) 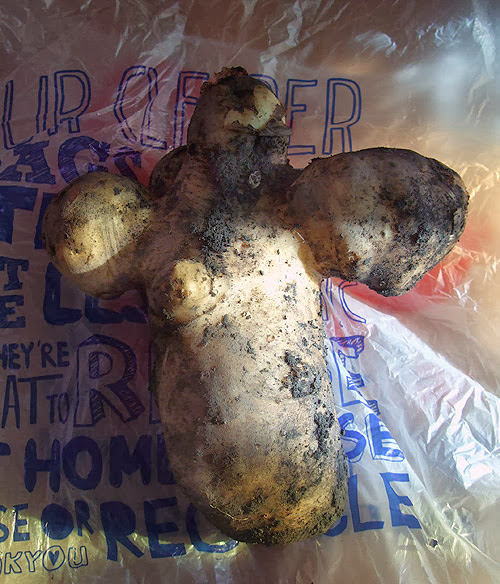 I plucked four cooking apples from the community orchard. Cooked apples are not generally my thing, but a bit of a taste is nice once in a while. I also pulled some rhubarb to liven up the apple a bit.