A Staffordshire Day survey of good news on the local environment

On a wet Staffordshire Day morning it seems appropriate to do a quick blog survey of some of the recent good news for our environment.

Ash trees that are highly tolerant to ash dieback have been found in England, and research has shown the resistance is genetic, which promises new disease-resistant hybrids. Locally, it seems that Keele University is leading the scientific fight to map and save the ash trees over in Ireland.

In late summer 2016 the Staffordshire Wildlife Trust is set to launch the new £3m Central Rivers Initiative, which will selectively re-wild and improve the River Trent (downstream of Stoke's bit of the River Trent and the Trent & Mersey Canal). Hopefully the authorities in the Moorlands and Stoke will also play a part in helping such downstream sites, especially in relation to improving the polluted Fowlea Brook which runs through Stoke-on-Trent and into the Trent. 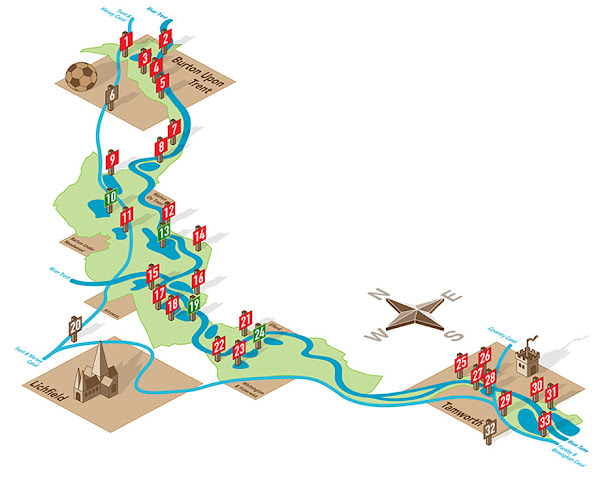 The Queen's Diamond Jubilee was of course marked by the planting of 6m trees, including several large new woods in North Staffordshire. These will now be several years old. Today's baby-boom toddlers will be able to enjoy them in just a few years, when the new paths go in.

Out to the south-east of Stoke there's already the maturing and ever-growing National Forest, the success of which is now proving the 1990s pessimists and doubters quite wrong. 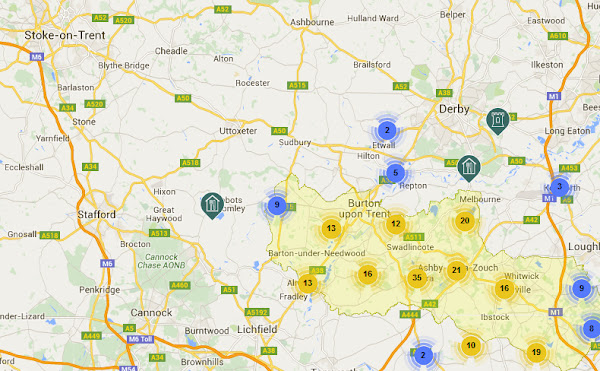 With help of local firm St. Modwen, the National Forest has just added a new 21,000-tree bluebell wood alongside the Trent at Burton upon Trent.

Pioneering re-wilding work is being done in various places from the Moorlands to the Trent at Trentham... 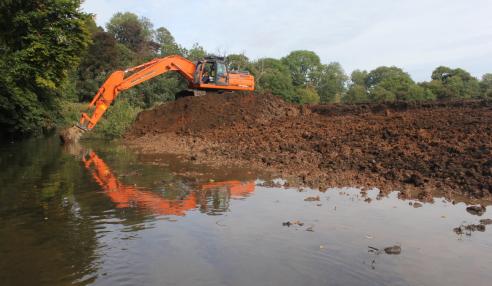 Much unsung work continues to be done regarding the picking up of litter each year, and also the wildlife-friendly maintenance of hedges and trees along the canals. Much good work has been done recently to repair the erosion caused by the over-use of the paths and car-parks on The Roaches. Thousands of volunteer conservationists are at work throughout Stoke and North Staffordshire, each in their own way — as can be seen by looking at some of the many Web links over on the right.

The city of Stoke-on-Trent continues to make the most amazing 50-year natural recovery from 100 years-worth of damage by heavy industry. And that's without wildlife having had much by way of strategic planning from the local council, in the 20 years between 1995 and 2015. But despite that period of neglect the city now has a good claim to be one of greenest in England, and almost certainly has more large healthy trees than any city outside London.

Further afield, The Sunday Times has news today (£) of a bold Woodland Trust plan to reintroduce 20m trees into lowland hedges and copses onto farmland over the next decade, starting with the areas of Suffolk and Essex most affected by ash dieback, before continuing across the rest of England's most denuded lowland farmland.

The National Trust is also doing great work around the country. For instance, it is well under-way with a mammoth project to re-forest denuded parts the Yorkshire uplands with 50,000 new trees. This is part of a general move to re-forest uplands, now that the scientists and historians have shown that such areas were not always naturally tree-less. Hopefully big plantings such as this will soon be seen in the Moorlands and the Peak. 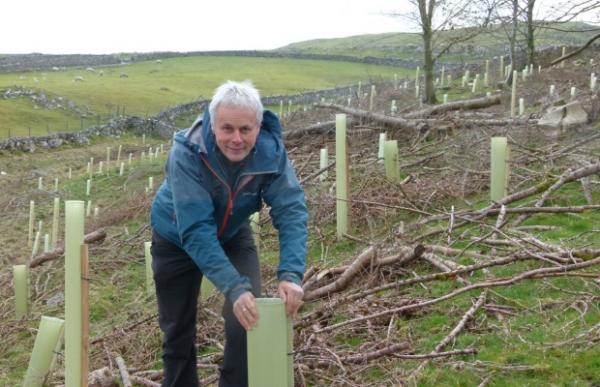 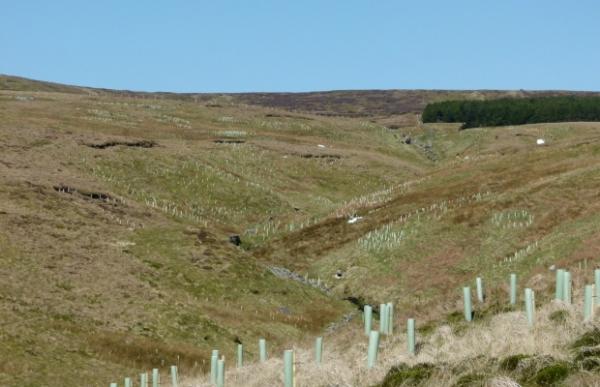 Much still needs to be done, especially in relation to farming and farmland, and ensuring that new housing in the countryside is locally suitable and eco-friendly. In Stoke we need more small ponds and litter-free ditches, and to pay more attention to the health of the River Trent and its tributaries. But we've come a very long way from the dark days of early 1980s eco-doom.