Ahead of the planned February(?) visit to the UK, the new President Donald Trump Toby Jug has been released. Made in Stoke-on-Trent by a local pottery, of course. 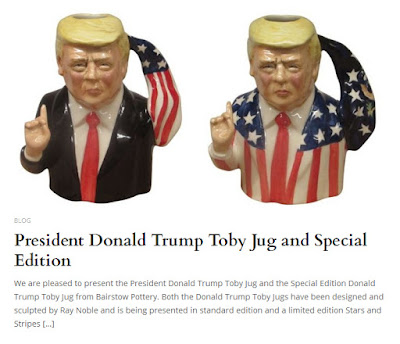 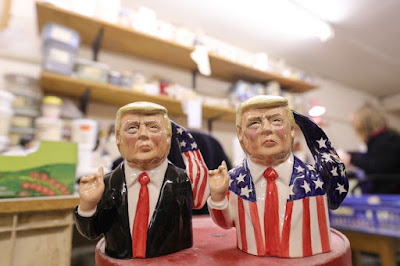 The new President is known to have expressed a wish to visit our Brexit heartlands, so presumbly that means he'll make a visit to the heartland-of-heartlands which is Stoke-on-Trent. The obvious venue of the Stoke City F.C. stadium is probably out of the question for a public event, given the vehement leftist politics of the man who owns it. But I'm guessing that Alton Towers should be a fairly easy large venue to secure, given its rural isolation and existing security.
Posted by Digger at Saturday, December 30, 2017