The one-year death-map for Stoke-on-Trent

Here's the official 'death by the virus' map, showing the total from March 2020 onward. 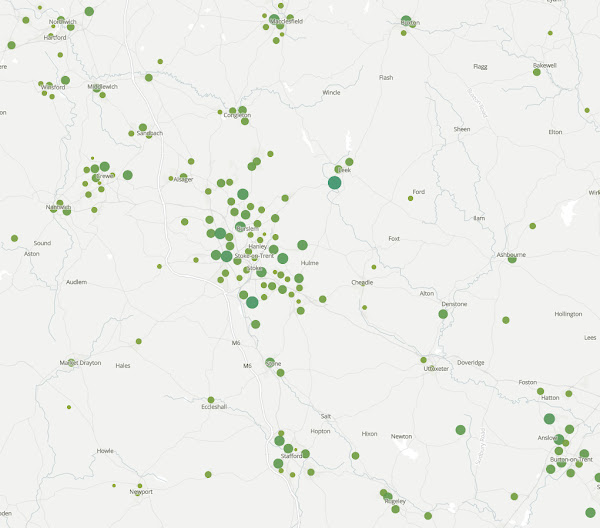 The wide view. Size of the green dots indicate total number of deaths. Leek appears to have been badly hit in the end, re: its population size, although it initially had low numbers. 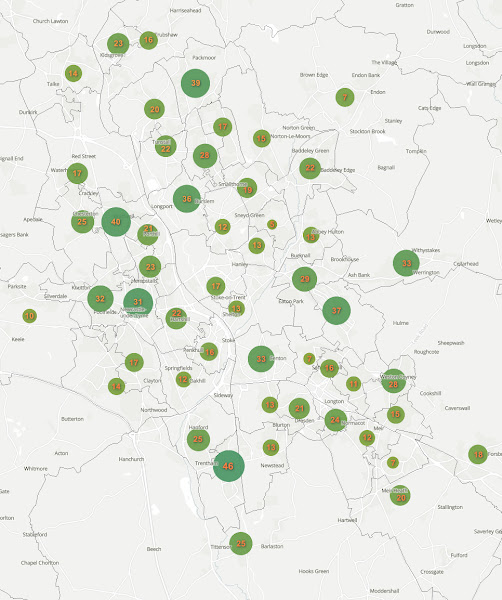 The Stoke-on-Trent map, here with the actual numbers added to the circles. Central Stoke-on-Trent seems to have been relatively lightly affected, and Trentham heavily hit.
Posted by Digger at Thursday, April 01, 2021