In our coming by-election in Stoke Central, Labour will squeak back in with a narrow margin, winning by perhaps less than 1,000 votes. As things stood on Sunday, that would have been my view. But now I'd say that several factors have just boosted Ukip's chances of gaining an M.P. here.

* the Supreme Court ruling gave a big boost to the vote for Ukip. The more that Brexit appears to be under threat, and the more that the supine establishment media eagerly airs every snivelling gripe and irrationally doomy forecast from discredited 'experts', then the more that the Ukip-averse small-c conservatives and big-C Conservatives will hold their noses and vote for Ukip. And vote for a Liverpudlian, as I hear that the latter is a factor among some voters — London journalists may think "what's the difference, it's all 'North'?", but they can't see the millennias-old border between the Midlands and the North.

* Labour are reportedly not going to select a Stoke-based candidate, having had no real local Stoke candidate to pick from even on their long shortlist. Meredith is probably their best choice in that respect, since local people 'know the face' and associate him with the Civic Centre in Stoke.

* The prospect that voters will have to endure weeks of an unedifying series of pantomime collisions between Ukip-er's band of rag-tag activists and a small army of extreme leftists. Worryingly set amid the wider context that the Trump-traumatised left is now even more inclined to viciously hate anyone slightly to the right of John Major.

* There's also the possibility that many Stokies will become annoyed with media mis-reporting about their city from London journalists on three-hour visits (likely to include at least 90 minutes in The Glebe pub, I suspect). Actually I think a good many voters will just turn off all election news until 22nd February, but possibly that sort of cumulative media annoyance may have some sort of backwash at the polling stations.

Incidentally, the recent "Ukip-will-win" poll means nothing. Political polls are no longer worth the paper they're written on, as the General Election and Brexit and the Trump win have all shown. Only slapdash journalists and Brexit-deranged academics place any value on polls. 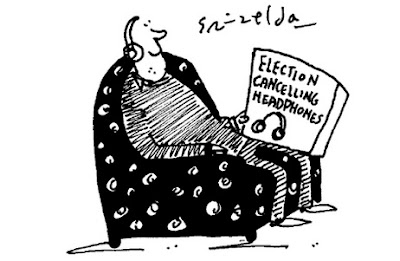