Weather: a fine day, very warm, and slightly humid into the evening. A light breeze. A week of rain forecast from now on.

I haven't been up to the allotment for ten days, due to working on a project which was delivered Monday. So today was the day, if I was going to do some allotmenteering before the week-of-rain that's forecast to arrive from tomorrow.

It wasn't in quite as bad a state as I thought it might be. There were certainly a great many tiny weeds to hoe out, though. I sharpened up the hoe with a metal file, and gave it a thorough going over.

I have gooseberries on two bushes, with an excellent crop on the big one! Still a trifle small, but I picked a small bagful to stew up with the rhubarb. Still no sign of sawfly stripping the gooseberry leaves. 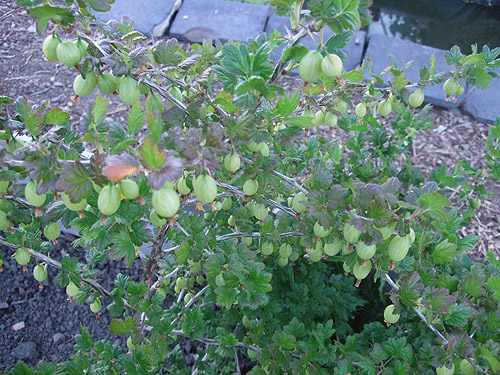 The rhubarb at the top not doing quite so well, with it and the currants being swamped by the long grass at the top and shadowed by the apple tree. Still, I chopped out the tall docks in the long grass, hoed out a little patch of young nettles, and pulled all the young blackberry suckers I could see — so hopefully that's retarded the worst of the long-patch for a week or so. But the next job will be to cut the top grass back properly. Then, once some new growth comes up on it, I might weedkiller another big chunk. 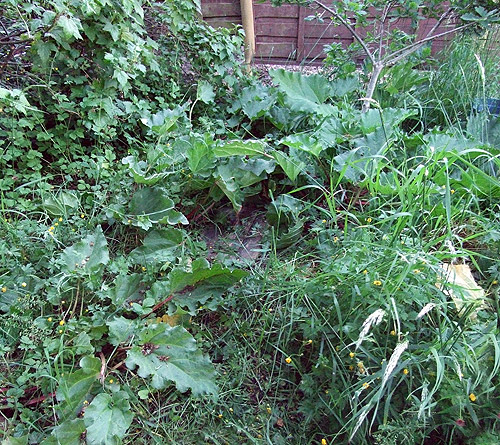 Neighbour Lawrence has his new shed neatly tucked in the corner, and the handy fence fully built. He's also kindly run the woodchip path right up to the top.

My potatoes are doing well, Too close together, I'd say, but that's a lesson learned for next year. The broad beans are also fine and growing taller, and have not been munched by the pigeons as feared... 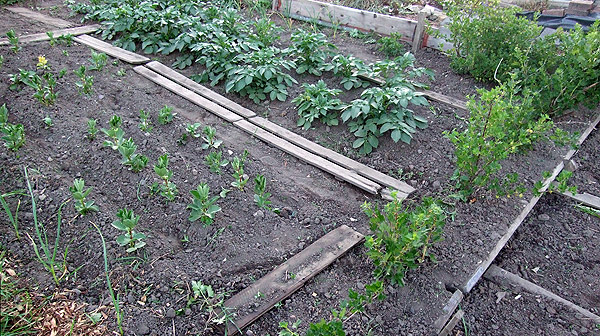 Even the newly planted courgettes are fine, and free of slug damage and are starting to establish themselves. Strawberries are also bedding in nicely, and starting to send out runners. 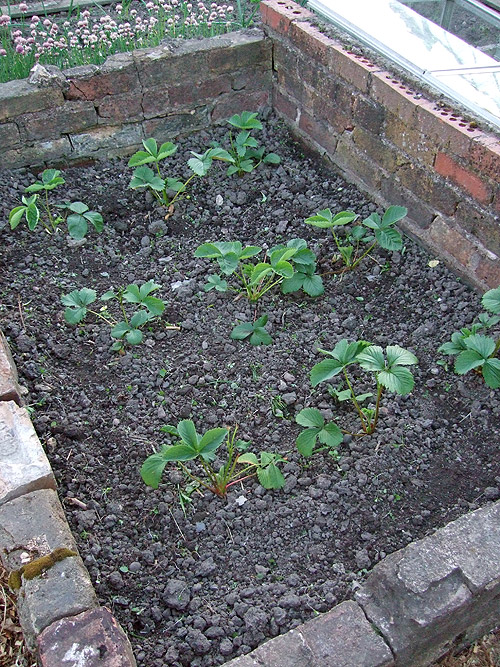 The Perpetual Spinach is starting to move towards where it can stand a picking... 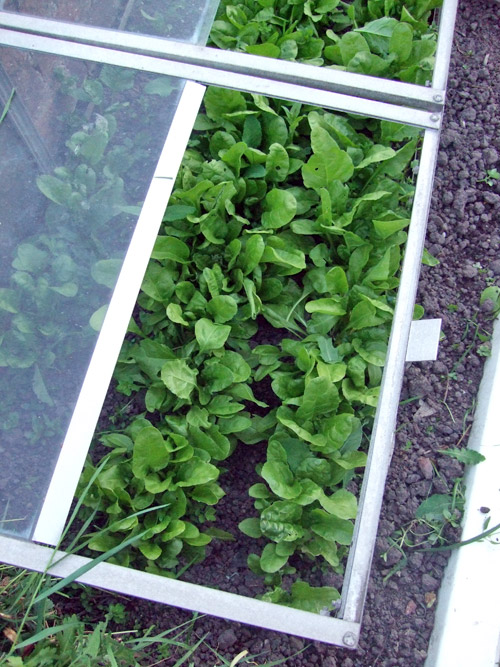 Topsoil very dry, but the coming week of rain should cure that.