A quick survey of the numbers on relative Facebook strengths in the Stoke Central by-election... 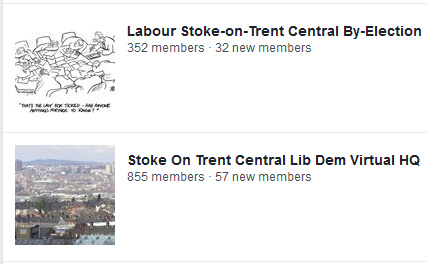 Couldn't find one for Ukip, locally. Presumably they do their campaigning comms behind closed apps. 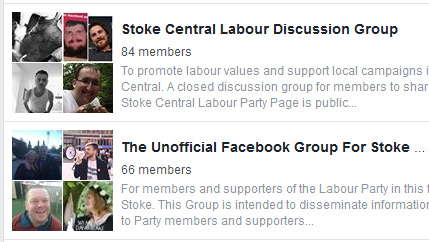 Momentum are the extreme-left sect of Corbyn supporters who now dominate the national Labour Party, reportedly a feuding mix of Trotsykites and Stalinists with perhaps a few lurking Maoists keeping their heads down.